"Bad Day 73--Never underestimate the power of a nap

Child 3 was sick again since her fever is back and she was mad, mad, mad! as you can see by her comments which she inexplicably left on Bad Day 62. So She stayed home from school and I stayed with her. When I realized I wasn't going in to work, I started listing all the things I could accomplish while I was home, like going to the grocery store before the evening rush, or folding all the laundry, or cleaning the kitchen. Because when you're gone for 10 hours out of every day, you fantasize about all the things you could accomplish instead of being at work.

So I thought about all those things and I prioritized them deciding that the laundry really needed the most attention, and then I did none of them. Not. A. Single. One! I had a blissful day of doing nothing. OK, I did throw in a load of laundry and I did make a trip to the grocery store when I went to pick up Child 1 and Child 2 from school and put gas in the car. We bought important things like cookies and soda. But really I spent a blissful day being irresponsible and it was the best day ever, in spite of the sick child. I took a nap! A really, really long one. And I talked with Husband on the phone for an entire hour by myself not having to pass the phone to anyone! And I feel so, so much better. Not even a tinge of purple. The laundry can be folder later (as soon as I finish blogging, probably because I discovered I can't sleep well surrounded by piles of laundry) and the kitchen will get cleaned when the maid service comes tomorrow, and I already paid all the bills on Wednesday, and I don't feel guilty about being irresponsible one bit, because I am probably the most responsible person I know and all that has done is make me stressed and depressed. So maybe slacking off is just what I needed, so I owe the total change in my mood all to Child 3 for being sick. Poor thing. But I think she's feeling better now anyway. 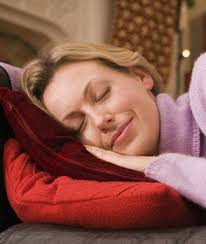 This evening, I went to dinner with a friend while Child 1 drove Child 2 to the high school football game. (Don't worry. Child 3 was fine by herself for the one hour in-between when they left and I arrived home. Please. I'm not that irresponsible.) My friend "Jill" and I served in China together and even once went to Bangkok and took a cooking class at the Blue Elephant together with our friend "Lana." It was one of the most fun things I have ever done, despite the fact that I was ill from the poisoned milk I drank in China and had to go to the hospital afterward. But that's another story.  Jill is also in the Foreign Service and is way braver than me so she is on her way back to China, and it was fun to catch up and talk about some the crazy things that go along with FSO life, like why on earth it is so hard to move every single time and what is up with the med unit giving the all clear to someone who is running a fever? Patch 'em up and move 'em out! But it was really nice to hang out with Jill and just be me and eat really delicious Mexican food.

This man at the Bronx Zoo is having a worse day than me, but that is because he is an idiot. I'm sorry, but you have to be really, really stupid or extremely drunk to think it is a good idea to jump off the monorail and into the tiger pit at the zoo. But that is what he did and of course the tigers got very excited at this unexpected snack and mauled him. Lucky for him, there were quick-thinking zookeepers around with fire extinguishers handy to fend of the tigers and rescue him. But thank you, tiger man, for reminding me how nice it is to go to the national zoo and look at the tigers from far away and never, ever be chased by them. 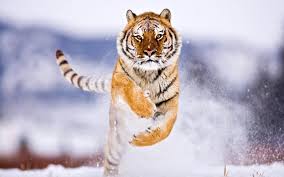 Now I have to go put away the laundry so I have somewhere to sleep if I ever go to sleep because now I'm thinking about being chased by tigers.