I discovered that the problem with Sundays is that they have long stretches where there is nothing to do but think, so the thing to do to keep from being purple is to stay so busy that you don't have time to eat or sit down let alone think. So today I tried that strategy, not on purpose, but because I'm fairly certain that everyone who knows me got together and conspired to have non-stop meetings and activities all day long. So aside for the 30 minutes or so when I got to talk to Husband, I was on the go the entire day. Day of rest, my foot! I'm so tired and exhausted I can't remember what it was that kept me so busy all day or what I was supposed to get done today. 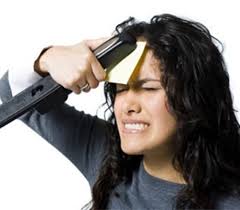 But I see a big pile of laundry on my bed, so I'm guessing it must have something to do with folding the laundry. And there are cupcakes downstairs, so we must be meant to be eating those, which will be very yummy. And I'm so tired I can't think about what to write. And the delicious cupcake made me completely sick, so apparently it's not just chocolate that I can't tolerate.  So I'm going to bed early and I'll fold the laundry tomorrow, unless I forget.

But before I go, I should mention that although I tease Husband about being a nerd, and he really was a little uptight when I married him, and he still reads way too much non-fiction, he is actually a very fun guy and I fell in love with him because he wasn't afraid to be silly and make me laugh. And if I tease him, it is only because for years he has made me the butt of his jokes, so now that I have a public forum, it's only fair. :-)

This swim coach in England is having a worse day than me. He sent a racy text message that was intended for his girlfriend to his entire address book on his Blackberry, which included a bunch of 13-14 year olds. He lost his job, and was arrested and convicted and sentenced to 9 months in prison for corrupting minors. Lucky for him, a judge decided that being stupid and not knowing how to use a Blackberry wasn't a criminal offense and released him. But still, he lost his job and he sent a racy message to everyone in his family which is pretty bad punishment in and of itself. So thank you, technology challenged coach, for making me feel much better about my texting skills and for reminding me to be grateful that my job doesn't require a Blackberry.