I had the day off thanks to the hard work of Dr. Martin Luther King, Jr. We decided not to brave the crowds or weather to go downtown to the inauguration. And the girls decided that the thing they want to do most in the world was to drive for 30 minutes to go to their favorite restaurant in the world which is the Cracker Barrel. 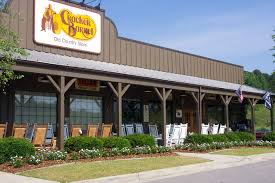 I think it's their favorite because not only is it down home American cooking which to them is quite exotic, but it also has a store that sells root beer barrels which are necessary to our well-being. It was a fun trip and Child 2 said her chicken-fried steak was the best lunch ever and Child 1 ate every bite of her chicken and dumplings which looked delicious and we have vowed to find a way to make gluten-free dumplings. Child 3 says she might put that on the menu for our restaurant that we are going to own together somewhere tropical on a beach like maybe Guam and it will be called Mom & Liv's and apparently she will be in charge of the menu and I will do most of the cooking. I'm totally up for living in Guam, but I'm not so sure about a restaurant. But on the menu so far is Chicken a la King, gluten-free pizza (which we made for dinner today and was very yummy) and Bulgogi. Eclectic, I know, but it might just work in Guam.

We also went and bought some basketballs. I'm not sure if I mentioned that I went to watch Child 1 and Child 2 play basketball on Saturday and I realized right away that something must be done. So we're going to start with dribbling and how to lean in with your shoulder before you dribble around someone. We don't really have a basket to practice with, but we have plenty of space for dribbling. I am guilty of shameful neglect regarding their basketball skills, but that will all change now that we have some basketballs.

The American ambassador to Zimbabwe is having a worse day than me. My friend Bobbi alerted me to this story that our mutual friend "Janey" witnessed in person.

Apparently, the woman is an activist and the way she gains attention is by stripping down and confronting people in her underwear. In this case, she was upset about American sanctions, and she certainly got people's attention, however, the ambassador left in a hurry and I don't blame him one bit. So thank you, Mr. Ambassador, for reminding me to be grateful that my job keeps me behind the scenes where I am very happy to be. Although I am really jealous that you are in Africa because I so want to go there someday where my friend Sadie says the safaris are really very safe and it's extremely unusual to be gored by a rhino.