Today I was going to go back to the gym. Really, I was. But I decided having a flat tire would be more fun instead. OK, it wasn't that I decided to have a flat, it just happened, but still, that ate considerably into my evening hours. It was this flat, seriously. 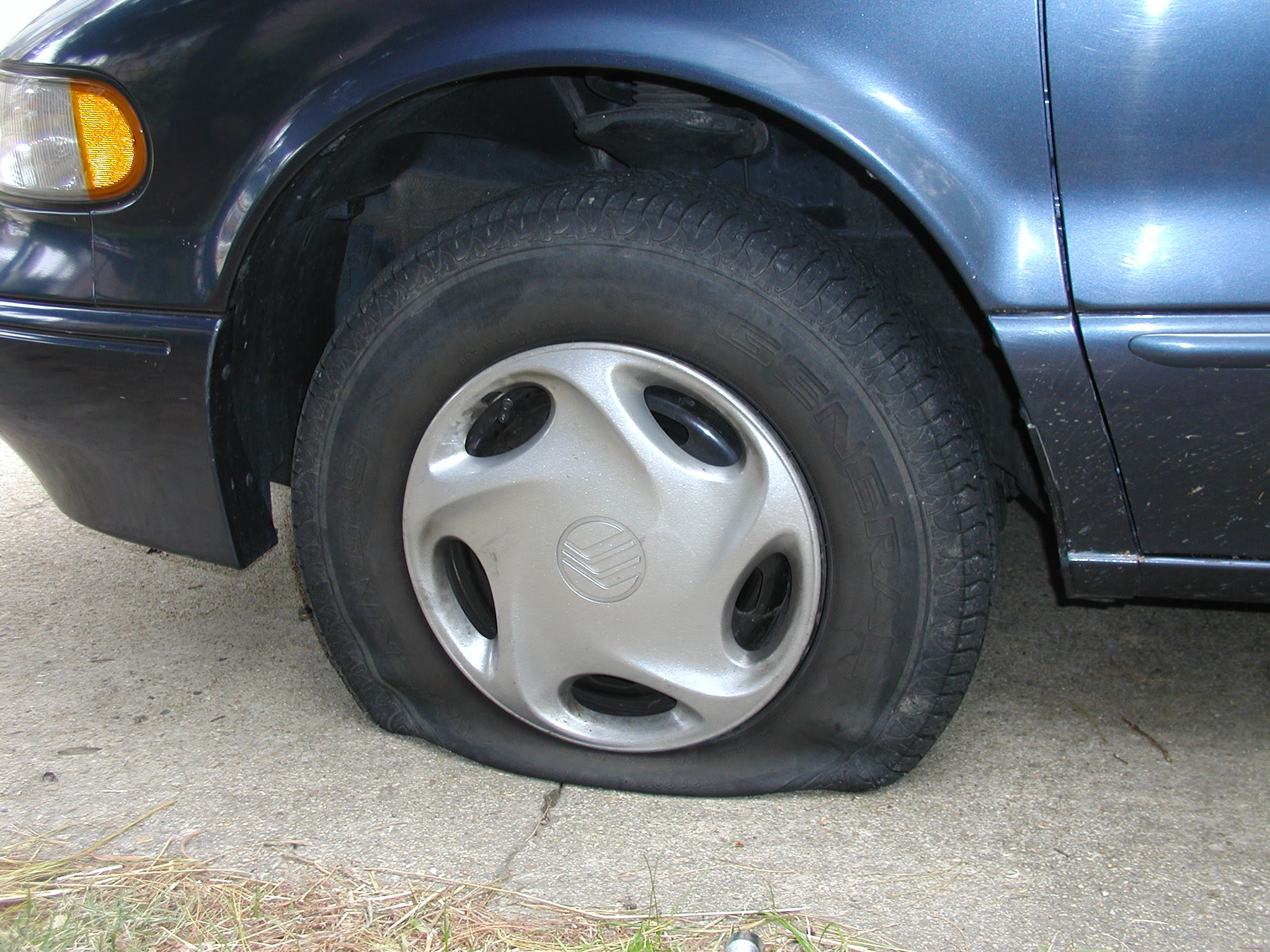 I was really proud of myself because I didn't panic. First, I recognized that I had a flat before driving all the way home on it (which has happened before, um, maybe more than once.) Then, I pulled over and called Child 1 to come meet me, which she did right away. Then, I remembered that I had signed up for roadside assistance when we added Child 1 to the insurance for just this very reason, so I called them and they sent someone to help me change the tire and then I drove to the gas station and filled up the spare with air because it was low and the tow truck's compressor was broken and Child 1 followed me home to make sure I was OK.

All the while, I was thinking how smart I was that I had already planned dinner and it was going to be quick and easy, and everything was in the fridge ready to throw in the microwave, and then I got home and discovered that we had left the food out all night and day and there was nothing to eat for dinner. So we ordered pizza. And wings. And watched an episode of Psych. I probably shouldn't have eaten the wings, but they were only barbecue. Still, I don't feel all that great and I am tired. And Mom left, so now the world is again on my shoulders. I am tired and I honestly think I deserve a medal for not panicking at the flat tire. But now I am tired and I am not going to the gym, so Child 1 and I are studying about the Great Depression and then I am going to sleep. I may or may not have enough energy left to call Husband who is partying with friends in Kabul. He did not have to fix a flat tire today.

This man in Australia is having a worse day than me. He crashed his car into a tree on his property and then got out when it rolled on top of him. He was stuck under the car for four days. But luckily, he had a very loyal Australian kelpie who stayed with him and kept him warm. Australian kelpies look like this.

It must be nice to have a dog that is smart enough to save you from death. If I were trapped under the car, The Dog would first lick my face until I screamed and then would run off with my shoes. The children would only notice I was gone when we ran out of milk or chips. So I could literally die of starvation if I had gone shopping right before. Still, thank you, Mr. Dog Owner, for reminding me to be grateful that the car didn't roll over on me when I was looking under it for the spare. Because I always put on the emergency brake whenever I get out of the car. See, Husband? There is a good reason to use the parking break. You can stop rolling your eyes now.
Posted by Jen at 9:52 PM