OK, I think that the chicken wings were breaded. It was hard to tell because they were covered in barbecue sauce and the tangyness of it must have masked my burning tongue feeling, but today, I am sick and in pain, yet I still went to work because I could sort of function. I did manage to get some stuff done.

Then after work, I went to get a new tire which meant driving to two places because the first said they didn't have any in stock and could order it for us, but I don't want to keep driving on the spare, so I went to a big chain tire store and successfully fought off their attempts to sell me an entire new set and it took them 2 hours to change the tires! 2! Thankfully, I thought to bring my iPod because Child 3 was with me and she was bored, bored, bored. I have an entire season of Modern Family on my iPod, so she happily watched that instead of the horror that the tire place had playing on CNN. See? Much happier than criminal manhunts.

She was freaked out enough by the bombing, she didn't need that, too. Anyway, now I have one brand new tire and 3 older ones, but I don't care. Husband can fix it when he comes home if that's what he wants. If it's not, well then, he shouldn't have gone to Afghanistan and left me in charge of everything.

Child 1 is off at the movies with friends. Child 3 is supposed to be watching Psych with me but is nowhere to be found. And Child 2 is throwing temper fit after temper fit because she is going with her band to NYC tomorrow and she doesn't want to go. Seriously? Are you kidding me? A trip to NYC without parents on which she will go to a Broadway musical and see the Statue of Liberty and hang out with friends and she doesn't want to go. Tonight, she is definitely not my daughter. She is trying to bully me into ironing her shirt for her, but she should realize by now that no one can make me do anything I don't want to do. Just talk to the tire guy and ask him how receptive I was to buying more than one tire. Oh, I was polite and friendly, but no. I said no, thank you and smiled until he figured out he wasn't swaying me.

This hotel manager in Austria is having a worse day than me. He is the manager of a hotel in this lovely city, so I know you are wondering what could be bad about that? 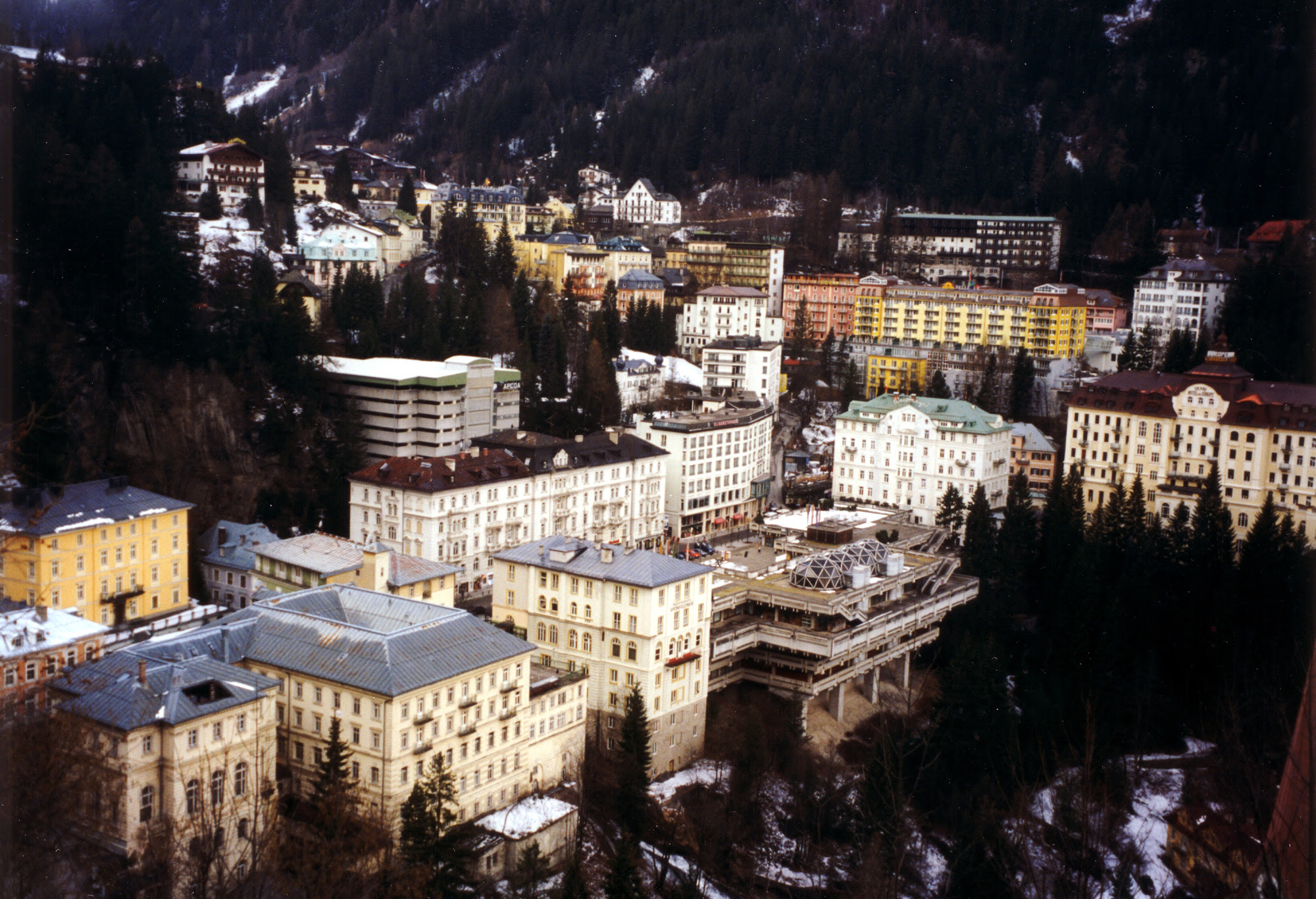 Lovely, isn't it. The problem is, it must be the off-season because the manager was stuck in a broken elevator for four days. The only reason he was rescued was because someone noticed the pile of mail that had built up outside the door. But the manager said he had undergone survival training in the army, so that helped him. I'm not sure what you can forage to eat or drink in an elevator, and I'm pretty sure I don't really want to know. But I do know that I don't ever want to take the elevator in that hotel. So thank you, Mr. Survival Manager, for reminding me to be grateful that I could be stuck in my lovely home for four days and still have plenty to eat and drink. Now excuse me while I go supervise the ironing because Child 2 is making me nervous.